Australia’s first giving platform GiveNow has been appointed as a regional leader for the global #GivingTuesday movement, just days before the fundraising service hits a $100-million milestone.

GiveNow’s executive director Cathy Truong said the team would promote #GivingTuesday across Australia and New Zealand after the platform was selected in recognition of its community credentials, grassroots fundraising expertise, data science skills and experience in creating social movements.

#GivingTuesday has rapidly grown from small beginnings to become a worldwide movement driven by social media. Created as an antidote to the shopping frenzy that follows Thanksgiving in the United States with days known as “Black Friday” and “Cyber Monday”, it now has a dedicated following of its own, spreading from the US throughout the globe. In 2019, it will take place on December 3.

“GiveNow was formed in 2001 by social enterprise Our Community when few could afford a stand-alone online giving service. Since then we’ve gained the trust of thousands of community organisations and their donors, in the process helping to raise $100 million and become a leader in giving,” Ms Truong said.

“We’re proud to be the platform that’s been so reliable for small and large organisations alike, meeting our goal to ‘democratise giving’ and channel money to so many communities. #GivingTuesday pitches itself as an open, grassroots, giving movement, which fits perfectly with our values and model.”

The agreement gives GiveNow the chance to help more local causes join a fundraising opportunity that last year raised a staggering $380 million in the US. The event boasts the involvement of 50 countries worldwide.

“Australia is ready to be part of a global giving campaign that’s a powerful alternative to the pre-Christmas and end-of-year holiday spending spree,” Ms Truong said.

“The fact that we’ve been chosen as a major partner is great recognition of Our Community’s model as a social enterprise and certified B-Corporation and our work over two decades to provide practical technology and education that’s tailor-made for the community sector.” 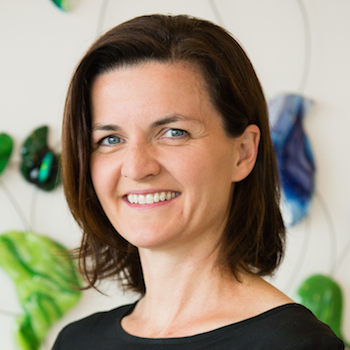 Ms Truong said the early-December event was a perfect fit for the local giving calendar.

“The leadup to Christmas is a great time to promote giving. Unshackled from tax time, this is a time of the year where people give simply for the joy of giving,” she said.

“Of course, it’s not just about giving money; it’s also about giving time through volunteering, goods or even just by standing up for others.”

GiveNow has begun mapping out plans to get more Australians involved in #GivingTuesday and will join a global gathering of #GivingTuesday leaders in Italy next month.

THE 2018 campaign: A wave of giving starts here | Raising funds on #GivingTuesday is just gut instinct