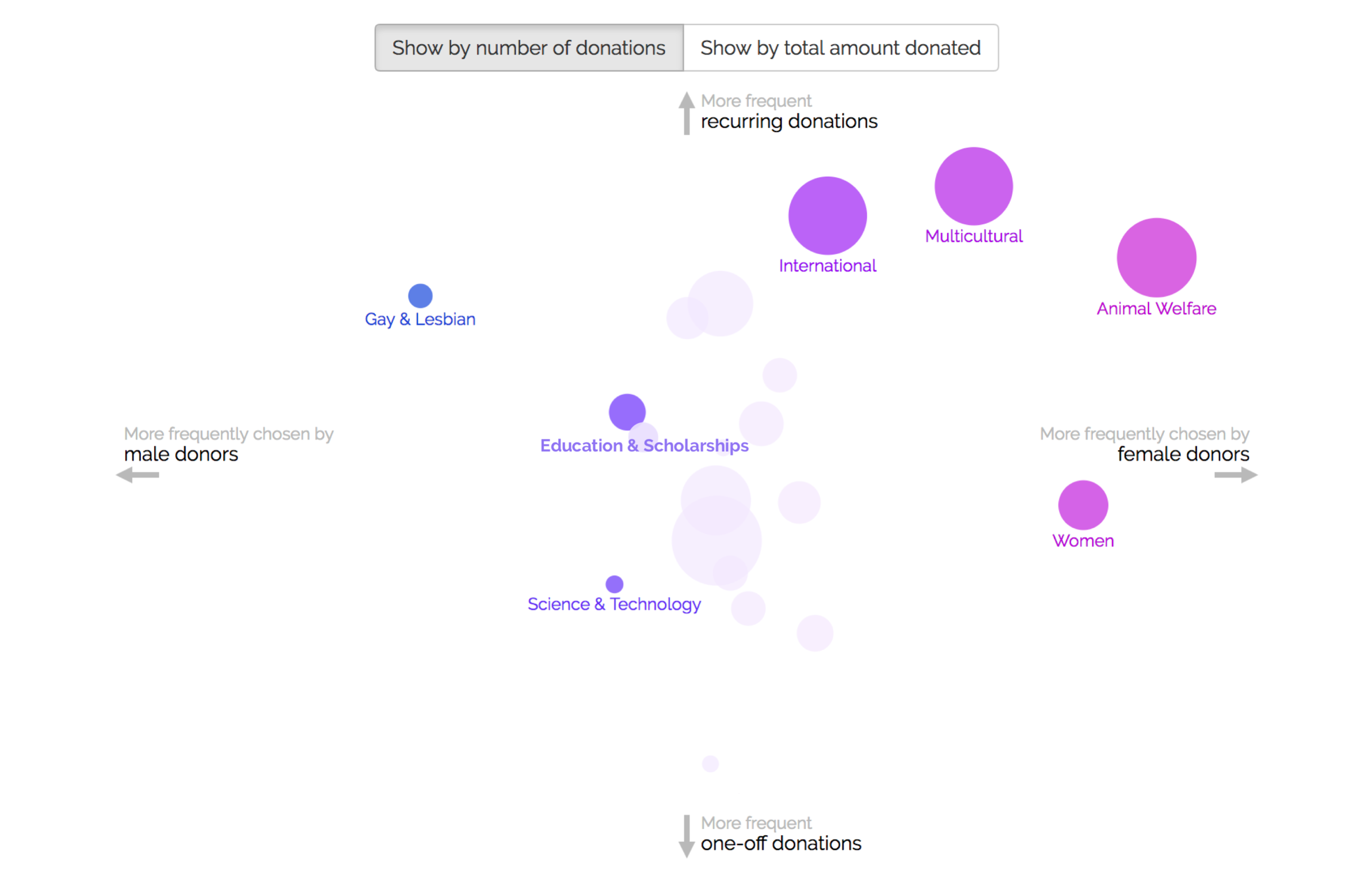 In the wake of the end of the financial year donations rush, new research reveals there's big differences in the way men and women give.

An analysis of $100m in donations to online platform GiveNow since 2001 shows women give more often, but men chip in larger amounts.

The study by data scientists from GiveNow's parent social enterprise, Our Community, also reveals gender differences in the causes we support. The Donor Preferences on Give Now study shows women are three times more likely as men to give to animal welfare causes, while men are twice as likely as women to donate to gay and lesbian causes.

Women are also more likely than men to give to: women's causes; international assistance causes; and multicultural causes. Men are more likely to chip in to: science and technology causes; education and scholarships; and sports and recreation causes, and give nearly three times as much as women to the elderly.

The GiveNow study shows that men using the platform donate larger one-off amounts, the final tally showing men are just in front in the giving stakes, leading women 51% to 49%, in terms of the split of funds given.

Women are more likely than men to give regularly to the same cause, usually with monthly donations. For women, animal welfare groups and women's causes generate larger and more frequent donations.

But the study found that the giving patterns of men and women were more or less equal when it came to support for children and families, Indigenous causes, advocacy, homelessness and the environment.

GiveNow executive director Cathy Truong said that in an environment in which donations were declining, the latest study was valuable to any fundraiser, but particularly the 4607 groups using GiveNow.

"These insights will help organisations craft campaigns and target their messages to the groups most likely to give, especially smaller groups without access to their own research," Ms Truong said.

Despite a national drop in donations, GiveNow donations have seen a 27% spike this June, compared to last year, raising $5.4m and more than a third of the money donated over the entire 2018-19 financial year.

She said areas of exploration in future years will add to the trove of data built into our Who Gives study that examines giving by location, time of day, suggested donation amounts and most popular causes.