Our Community media releases and alerts

Communities in Control conference 2021 a spark to ‘Think Bigger: Fix Everything’ – May 2021

The Big Rethink: NFPs must change fundraising focus in the covid-19 era – April 2021

Save Our Sector: Our pledge to not-for-profits during pandemic – March 2020

Top grantmakers shine a light on our funding future - August 2019

Our Community is named "Best for Community", again - June 2018

Good Governance for the Arts: Register now for Webinars and Workshops - April 2017

Our Community named among Best in World for Community - September 2016

Our Community's tribute to The Honourable Joan Kirner AC - May 2015

Our Community becomes a B Corp - February 2015

$1.1 million flows in for good causes during December, but donors getting stingier - January 2015

A Step Towards a Statutory Definition of Charity - July 2013

Our Community Statement: Sector should stand behind the Australian Charities and Not-for-profits Commission - October 2012

Kookaburra Awards celebrate those who squawk loudest and longest - November 2011

Getting the good word on great gifts - November 2010

'Tis not the season for giving this Christmas - November 2009

5000 pharmacies, Telstra Foundation and Our Community tell Australians: "Join In, Join Up!" - November 2009

Communities meet to find solutions, not problems, at Communities in Control 2009 - June 2009

Our Community rides the waves of success: 'Cool Company' award adds to a growinåçg list of achievements - October 2007 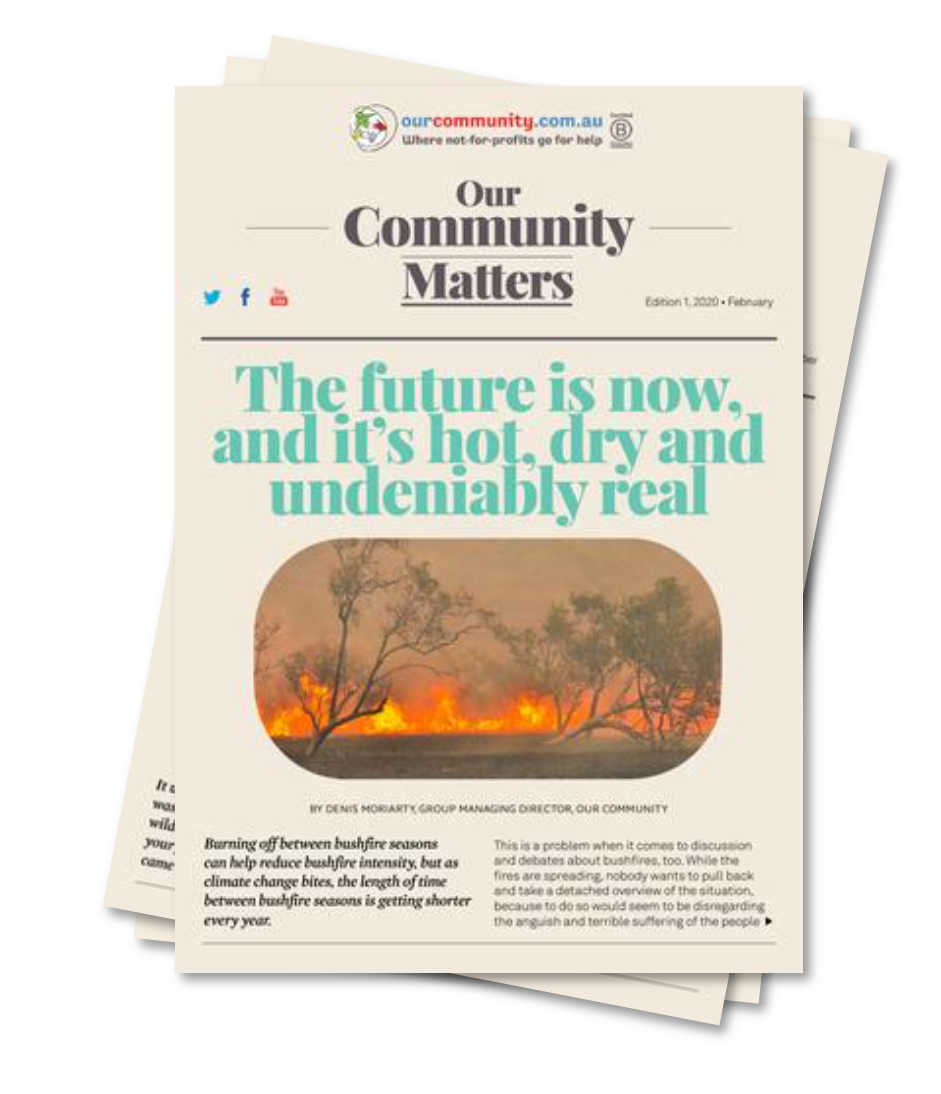 Back editions of the monthly newsletter that's essential reading for NFPs | Subscribe now!