Catherine Brooks and the team at Moores are helping NFPs come to grips with the child abuse royal commission's final report.

At Moores, we've been poring over the final report of the Royal Commission into Institutional Responses to Child Sexual Abuse since it was handed down on 15 December 2017. Now we bring you our analysis and preview our updates to our existing Child Protection Toolkit, which will be published very soon.

But first, a note of thanks.

Major reform is already happening, and will continue to happen, because of the bravery of survivors and reporters of child abuse.

More than 16,000 individuals contacted the Royal Commission, and more than 8,000 personal stories were shared in private sessions. For survivors, telling their stories required great courage and determination.

The negative impact of child sexual abuse meant many individuals were no longer alive to tell their stories in person. The families and loved ones of those people came forward to share harrowing realities.

The survivors deserve the nation's thanks. Let's make sure their work is not wasted. Let's bring about real reform.

The only other state with similar standards in relation to child safety is South Australia - but these standards are more prescriptive and limited. For a full breakdown of existing laws and how they apply to your organisation, refer to the free Child Protection Toolkit. 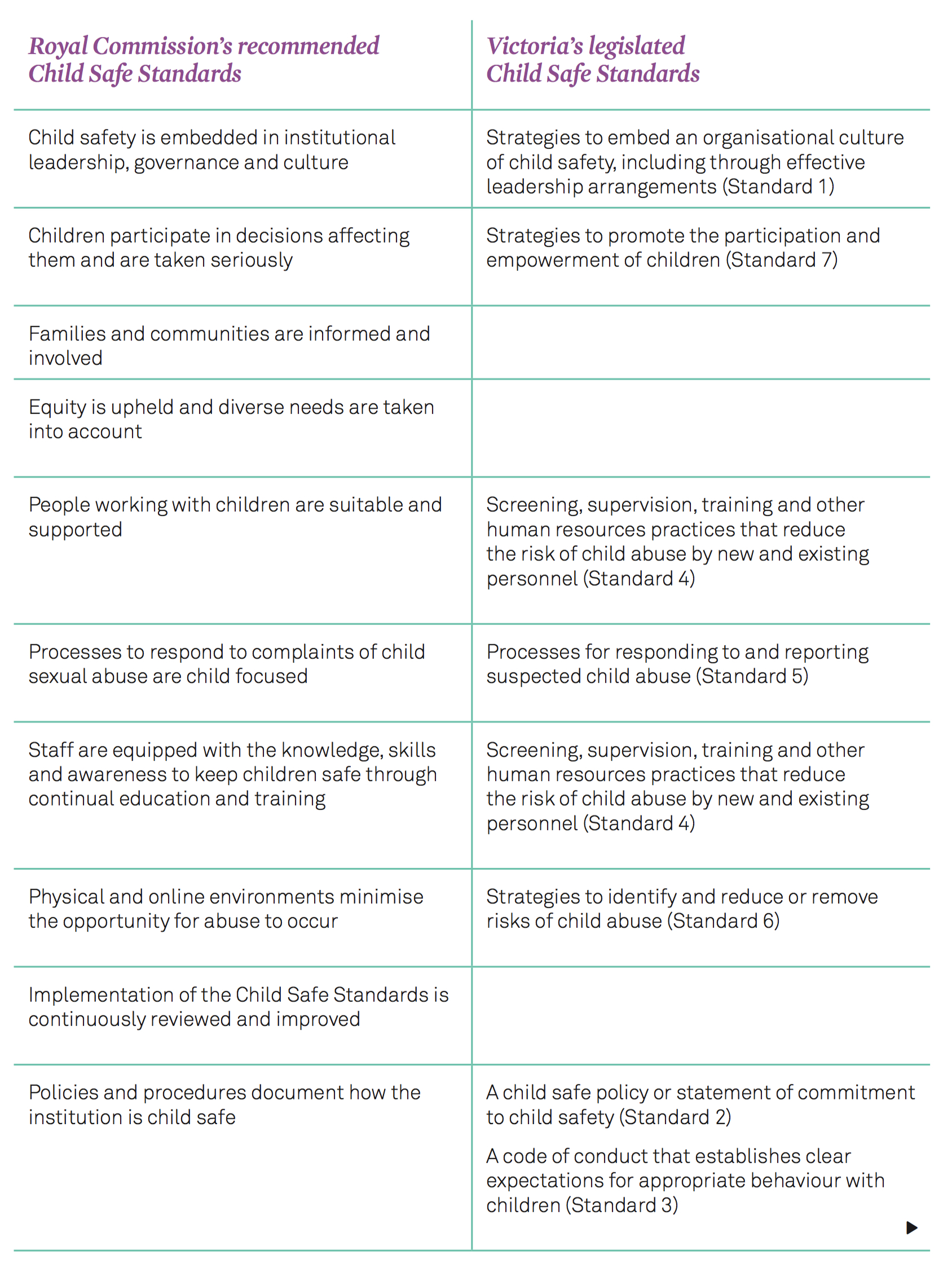 The Royal Commission's recommendations are just that - merely recommendations - and the proposed national standards will come into effect only if the federal and state governments pass relevant legisation.

The federal government announced in December 2017 that it would provide a full response to the Royal Commission's final report sometime in 2018, and so this is the next milestone to look out for. Then we will know a lot more about which recommendations will be enacted (including the natonal standards), and how this will affect community organistions.

Moores will be issuing regular updates on the progress of proposed new legislation, and on how it applies to specific sectors, such as schools, sporting bodies, and churches and other religious institutions. To subscribe to these updates, click here.