Paws for thought before blowing the whistle on charity gifts

I volunteer as a dog-walker for an animal shelter charity. For Christmas, the shelter gave me and each of the other volunteers a piece of handmade dog-themed gold jewellery that I suspect is quite valuable. I appreciate the gesture, but I wish the money had gone to the dogs instead. Is the charity allowed to spend money on gifts for volunteers?

I have to say that I have a preliminary problem in trying to put a dollar figure on "quite valuable". Are we looking at $10, or $100, or $1000? If there are problems with any of those, they're different problems. If a charity was handing out $1000 bracelets to its volunteers - 24-carat gold dachshunds with platinum collars and diamond eyes, say - then it might come under suspicion for using this as a way to get around the not-for-profit nature of the business. That's probably not the case here, but other charities have given their volunteer directors $20,000 "honorariums", or cars, and when that happens, the Australian Charities & Not-for-profits Commission (ACNC) may come calling.

If we're talking three figures or under, the ACNC will probably let it ride. Then the next question is, "How much are dog-walking volunteers worth?" The charity would have to pay professional walkers at least $20 a pop, so let's say $60 a week, or $3000 a year and up. If that's what you're worth, it's reasonable for the charity to want to keep you, and to try to get on your good side to induce you to stay. That's a perfectly reasonable investment, and nobody will complain - if it works.

Which brings us to another issue. You yourself aren't, apparently, motivated by gifts. That's not uncommon. Simple economic theory would suggest that if you're rewarded for doing something, you will do more of it, but simple economic theory flounders when asked to explain why you're doing something altruistic in the first place. Some studies have in fact found that if your altruistic behaviour is complicated by small rewards, then you actually do less of it, because the reward draws your mind towards practical calculations ("I did $500 worth of dog-walking and all I got was this lousy bracelet") and away from wanting to make dogs happy.

Whether the gift of jewellery works to keep or recruit volunteers is, however, a practical question, not a legal (or even an ethical) one. If you're a charity considering such interventions, we'd suggest that you ask your volunteers what they'd prefer. Even then, in the name of research, it'd probably be a good idea to split your database - give gifts to some volunteers but not to others (if you can keep them from chatting and contaminating the sample) and see which group performs better.

If it were cat jewellery, of course, that would be a very different matter.

The ACNC recently released new guidance on gifts and honorariums. 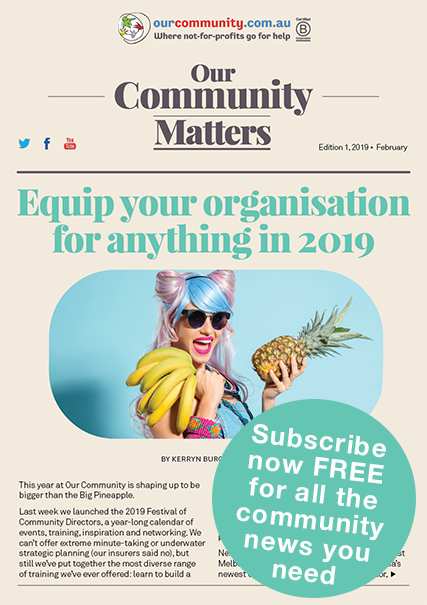