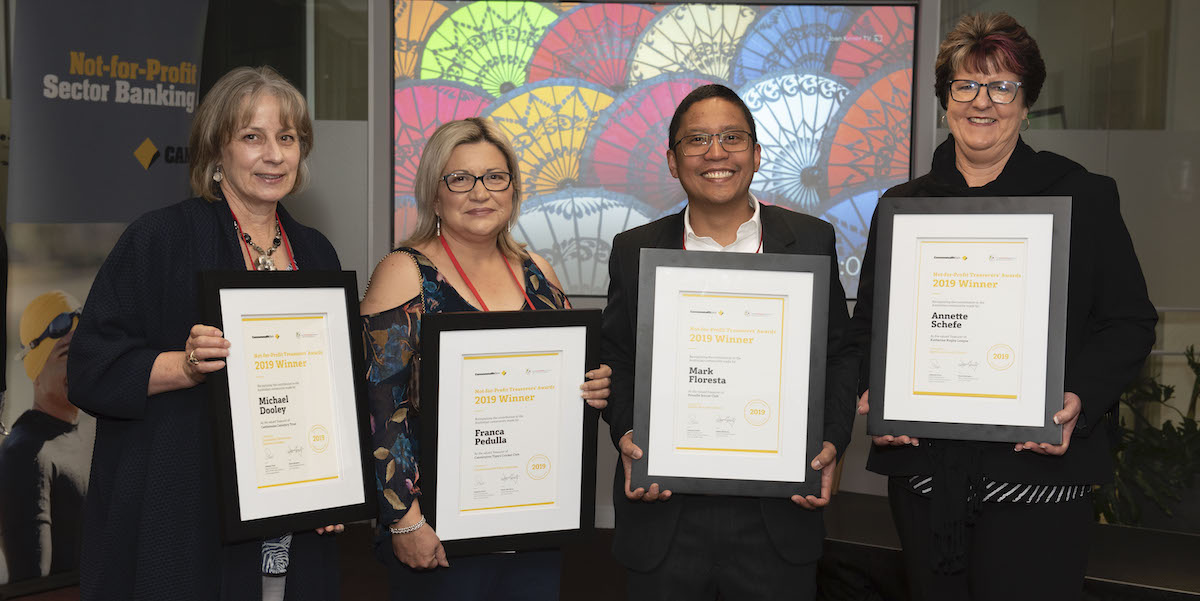 Australia’s best community treasurers have shown how it is possible to do more with less when you combine good tech with clever ideas and great organisational skills.

Four treasurers from every corner of the map have shared $20,000 in prizes for their organisations in this year’s Not-for-profit Treasurers’ Awards.

The awards mark the fifth year in the partnership between the Commonwealth Bank’s not-for-profit arm and social enterprise Our Community, which hosts training and free resources for the country’s 600,000 not-for-profits.

This year’s best treasurers were named at a ceremony in Melbourne on September 19. They are:

There’s a strong sporting focus this year, and rightly the winning treasurers displayed true grit, focus and creativity in lifting the performance of their organisations. If there was a similar message from them all, it would be: “Embrace technology”.

Michael Dooley said that his cemetery trust realised it must take on new digital tools to do better, despite the older age profile of members. “If someone is contemplating taking on a treasurer’s role, then my advice without hesitation is to embrace the technology, including good computer hardware, good software and reliable NBN access,” he said.

Annette Schaffe, 3300km away in the Northern Territory, is typical of unsung treasurers – spending two or three hours a day on the books. She stressed that all treasurers must be adopt “a good accounting system that they can use well”.

In Perth’s southern suburbs, Cannington Tigers Cricket Club treasurer Franca Pedula used technology to allow her group to think ahead. “I introduced technology to automate financial reporting, invoice management and record keeping, to allow the committee to focus on strategic planning for the club’s future,” she said.

In Wahroonga, Mark Floresta for the Prouille Football Club has been kicking goals in his shift to electronic payments. “It’s a lot easier to keep track,” he said. 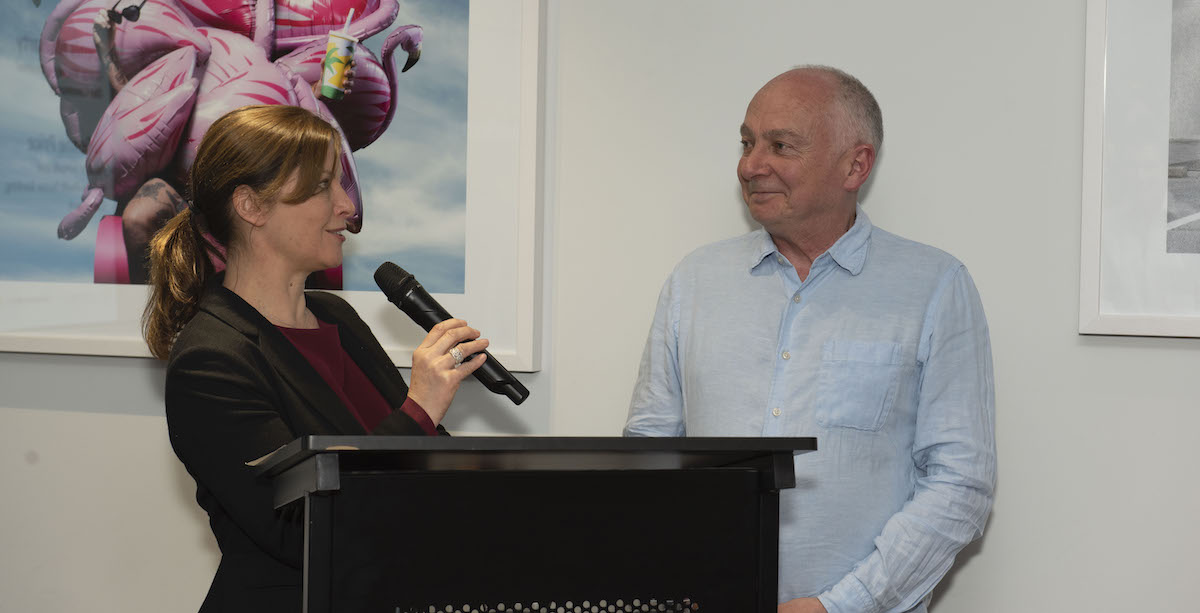 The awards were hosted at Our Community House, a community sector co-working hub in North Melbourne. Alongside some of the 2000+ award nominees present, were:

Carol Schwartz drew an important connection between her roles, saying one of the policy planks of the RBA was ensuring the “economic prosperity and welfare” of all Australians.

“It’s extraordinary for me to witness not just four winners, but to hear and see first-hand how more than 2000 treasurers are being valued, and to bear witness to the contribution you do to shape the prosperity of the nation and of our communities,” Ms Schwartz said.

Our Community group managing director Denis Moriarty said the awards capped off a week of free training supported by Our Community and CommBank as part of Not-for-profit Finance Week, with more than 4000 community staff and volunteers taking up the offer to lift their skills in board management, cyber-security, accounting standards and fundraising.

“This is a week in which we aim to support ongoing financial skill development across the community sector, as well as to recognise the many people who contribute so much to keeping the sector sustainable,” Mr Moriarty said.

The Commonwealth Bank’s Head of Not-for-Profit Sector Banking, Julienne Price said the awards were a chance to put some of the sector’s hardest-working volunteers in the limelight.

“For those of us who’ve been involved in a community organisation, we understand the incredibly important role of not-for-profit and community treasurers,” she said.

“It’s a role which is usually undertaken not in the spotlight, and involves long hours, often without any thanks or recognition. Your untiring efforts and enthusiasm for your role ensures the ongoing health and sustainability of the entire Not-for-Profit sector – and that of the civil society. So, thank you.”

More about the awards, top tips for treasurers and an honour roll of nominees: www.ourcommunity.com.au/treasurersaward