When something's not right, it's time to speak out
By Denis Moriarty 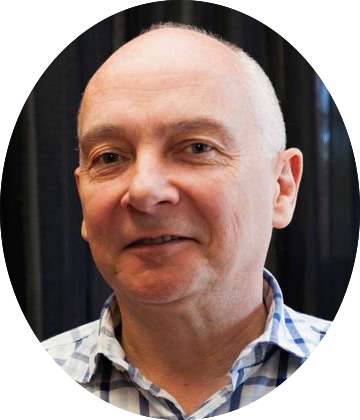 There's a story about two parents who were very distressed about their son, who at the age of six still wasn't talking. Doctors couldn't find anything wrong with him, teachers couldn't get a word out of him, and his loving parents had just about given up. And then one day the boy looked up from his breakfast and said, "This porridge is cold."

You can imagine his parents' astonishment, and the celebrations. Afterwards, someone asked the boy, "But why haven't you spoken before?"

"Up till now," he said, "everything was more or less all right."

Your organisation may not be into advocacy at the moment, but sooner or later something's going to come up that needs fixing. When something's not all right, at whatever level, it's time to speak out.

Advocacy by not-for-profits shouldn't get knotted up in political contention. Boiled down to its essentials, advocacy is telling people how to do things better. Anybody who knows how the powers-that-be should do things better surely has some duty to tell them.

If anybody does know how to do things better, it's probably an Australian not-for-profit - one of half a million groups that are down at the grass roots, dependent on citizen enthusiasm, responsive to user feedback, free of financial conflicts of interest, and experienced in what's going wrong down at the pointy end.

Until recently, Australian law has been rather cautious about advocacy. Judges have some investment in the idea that current laws are unchallengeably correct - after all, they're in the business of sending people inside for a ten-year stretch for breaching those laws, as opposed to taking the broadminded view that there's a lot to be said for both sides - and it went against the grain to encourage people to cast doubt on those laws. As a result, the law used to be that advocacy wasn't an acceptable charitable purpose, meaning that NFPs could engage in advocacy only at the fringes, in an ancillary and incidental and unthreatening sort of way.

A few years ago, though, the High Court caught up with the 21st century, and in Aid/Watch Incorporated v Commissioner of Taxation (2010) it set out the reasons why vigorous public debate by NFPs was a good thing in itself and an essential part of the Australian system of government. The current law is that advocacy in the service of a charitable purpose is itself charitable, which is just as it should be.

Whether you should speak up, and when, and how much, obviously depends on a number of factors: how serious the problem is, how easy it is to fix, how much it'll distract you from the other things you're doing, what your chances of success are. What it shouldn't depend on, though, is any arbitrary percentage set by the government you're going to be criticising.

Advocacy isn't a subtraction from your main task, it's an attempt to get it done more quickly and more effectively. If you can see a shortcut to your goal that's currently blocked by a governmental barrier of some sort, why wouldn't you draw their attention to this and suggest that they do the right thing? Why wouldn't any reasonable government want more helpful suggestions from the people who know best?

It may be that your organisation is too caught up in your immediate work to give much attention to smoothing the path or enlisting new governmental partners. That's fine. It may be, on the other hand, that far and away the most useful thing you can do is to rub the government's nose in the mess it's making, over and over, till it comes to its senses. Sometimes it's one, sometimes the other, and the best people to make that choice are on your board, not in the cabinet.